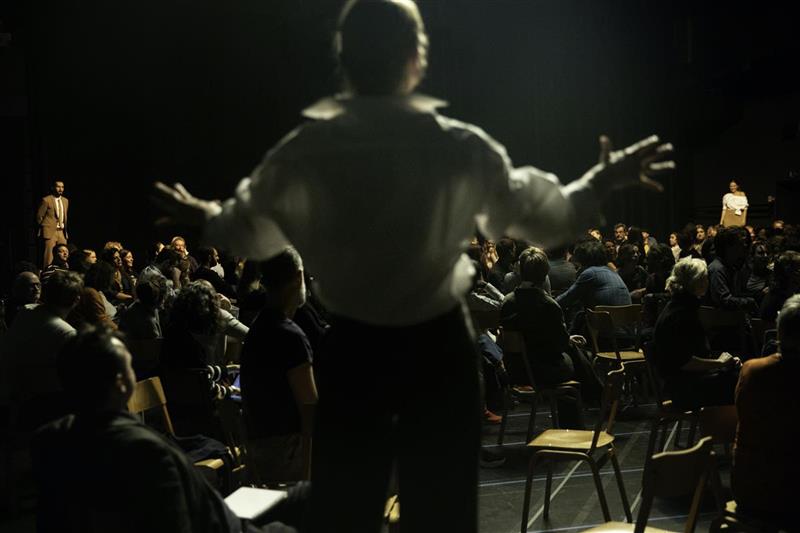 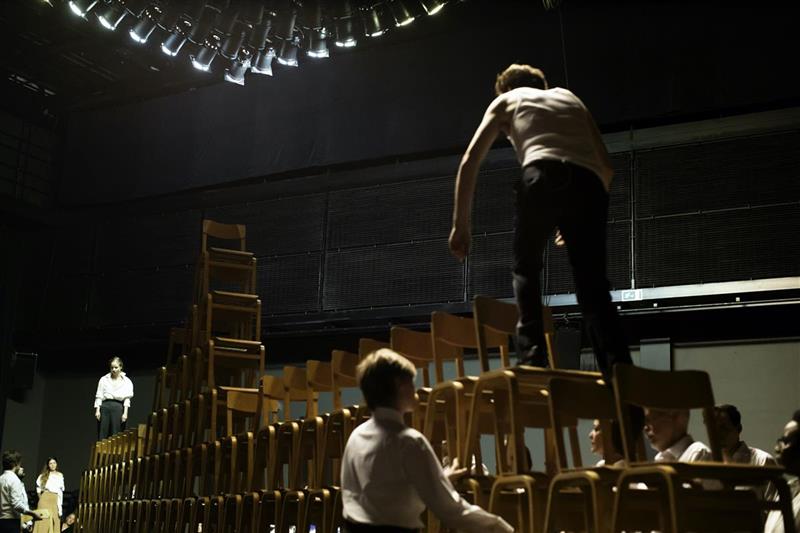 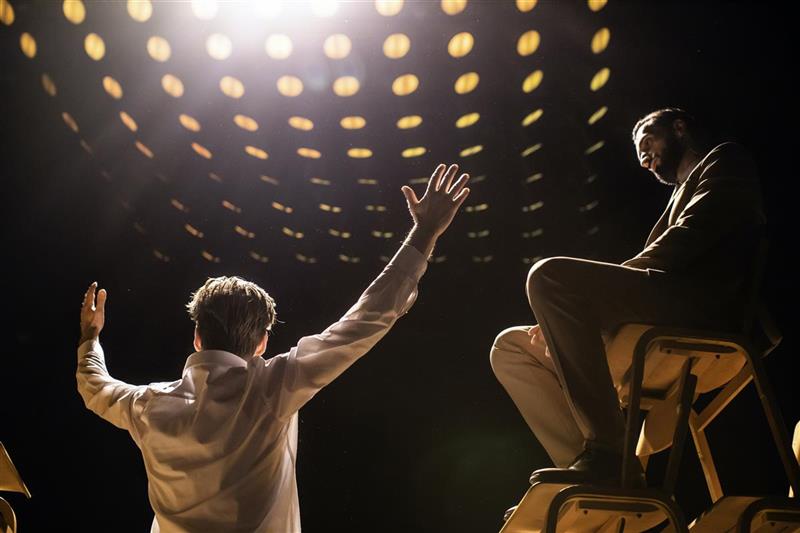 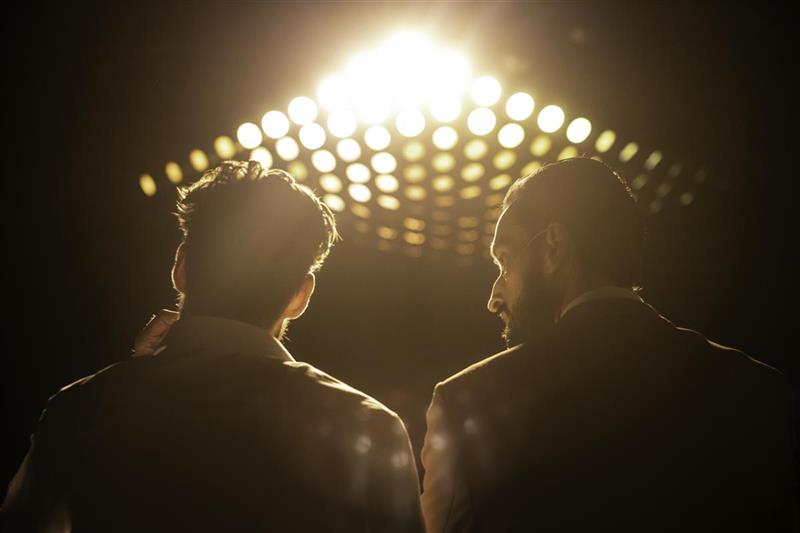 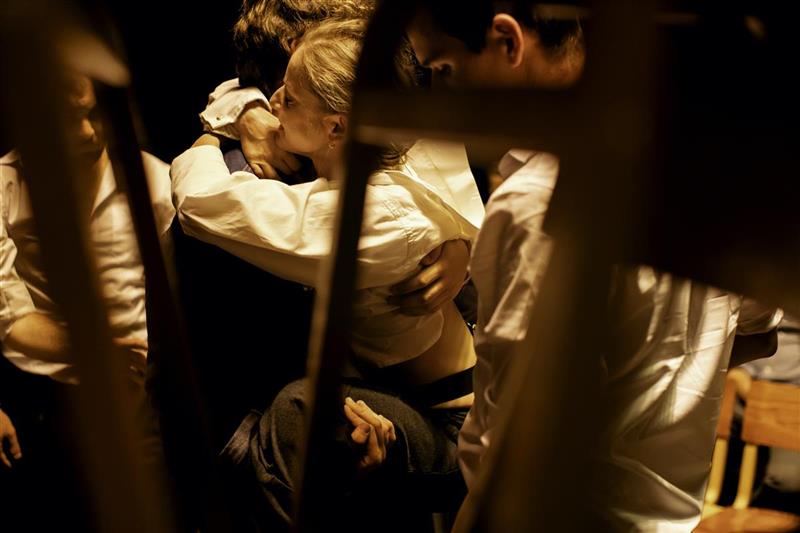 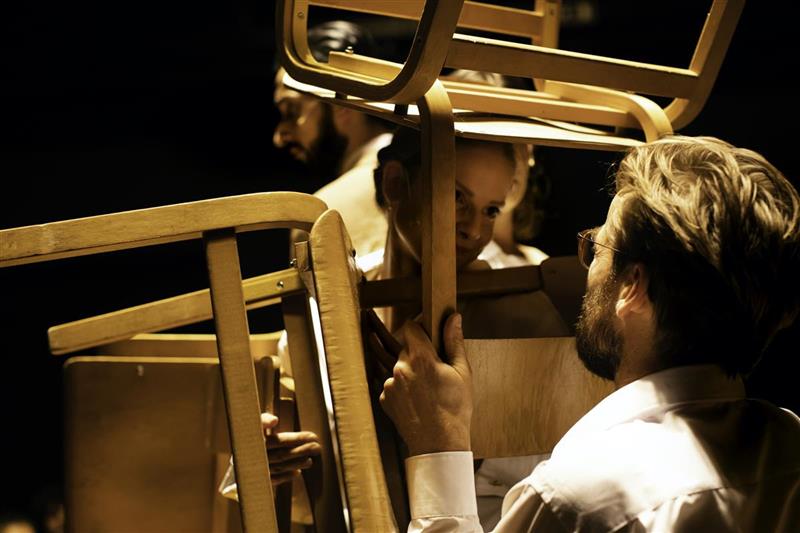 Mesut Arslan, one of our KVS faces, has been basking in glowing reviews in Belgium and beyond with his wonderfully quirky interpretations of popular and less well-known repertoire.

From his fascination with human relations and the complex emotions they bring about, Mesut Arslan started working on one of the most frequently performed classics of the twentieth century, Who’s afraid of Virginia Woolf? of Edward Albee from 1962. It tells the story of George and Martha, an older couple that in all cruelty takes out their disillusions on each other, and the younger, more idealistic couple Nick and Honey, who get entangled in their game.

Of course, he does so ‘Arslan-style’, in a unique, tangential approach. Creating an extraordinary game of space and time, with a lighting design by Jan Maertens and in a scenography by Pascal Leboucq. Ata Ünal takes on the dramaturgy and Marc Vanrunxt lends artistic advice.

Manipulative interventions transform the performance into a political lecture, leveraging the public and the private. The struggle for power is magnified: the four main characters are surrounded by a chorus of twelve voice actors. They move freely in the show and choose to align themselves - or not - with one specific character to echo their words. Some main characters are amplified, some contradicted, weakened or destabilised. Gradually, a game of hierarchy, peer pressure and power unfolds. What if one actor only has one voice actor behind them, while the text of their fellow actor is repeated by eleven voice actors at the top of their voice?

Production Platform 0090, KVS Coproduction Toneelhuis, C-Mine, Perpodium With the support of The Flemish Government & the Tax Shelter Measure of The Belgian Federal Government