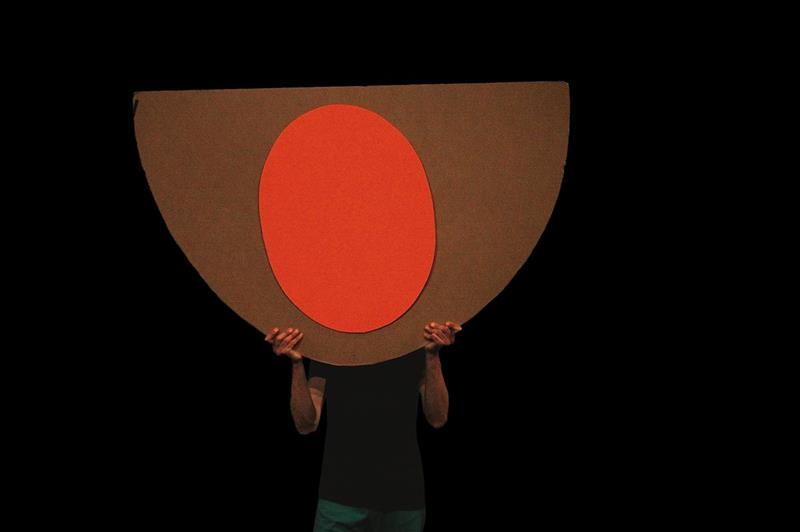 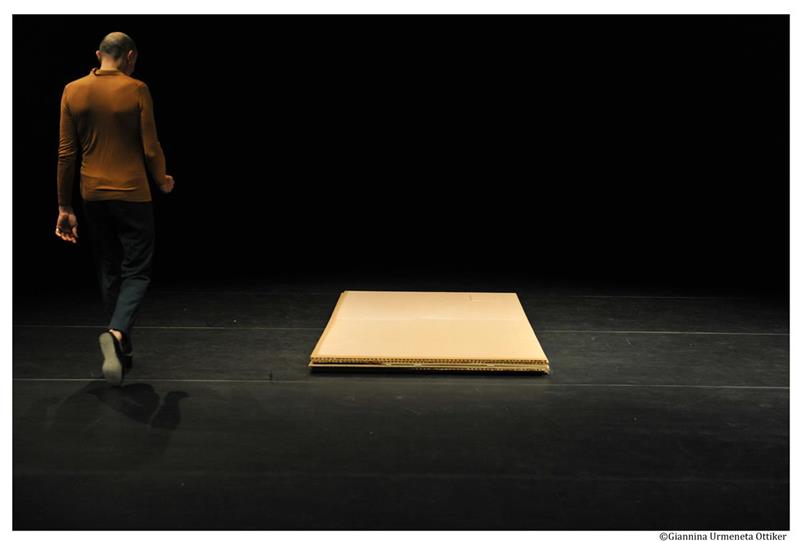 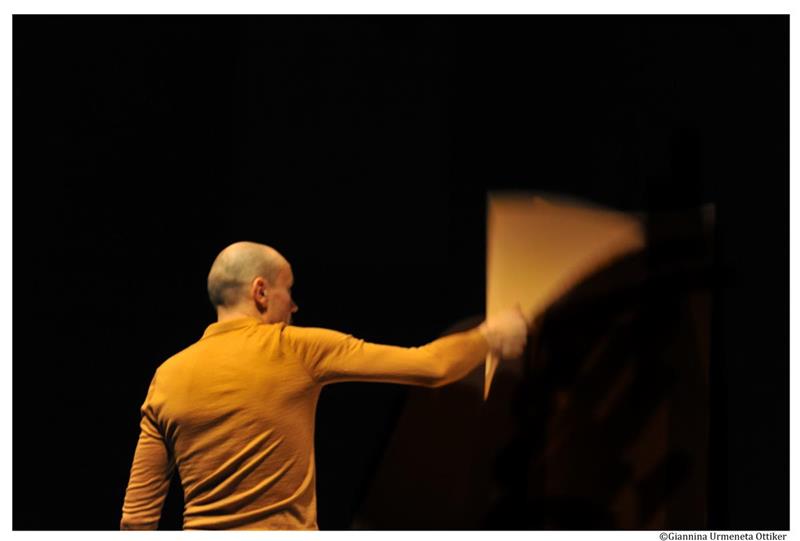 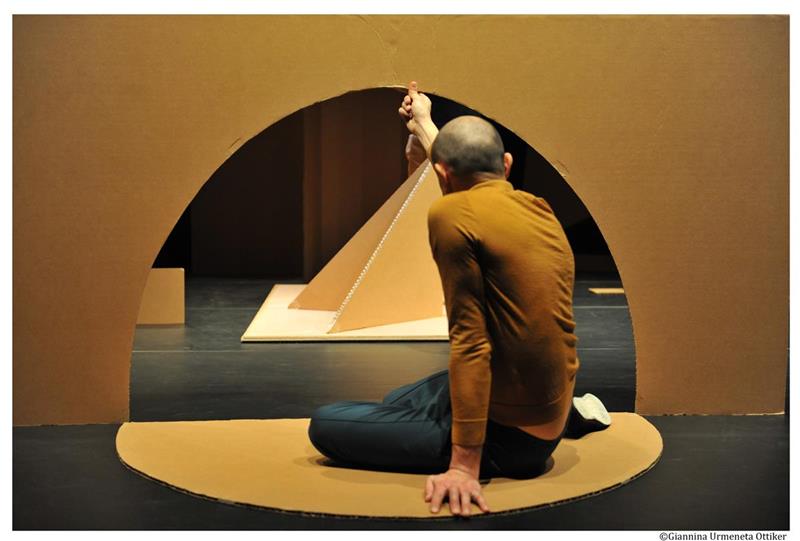 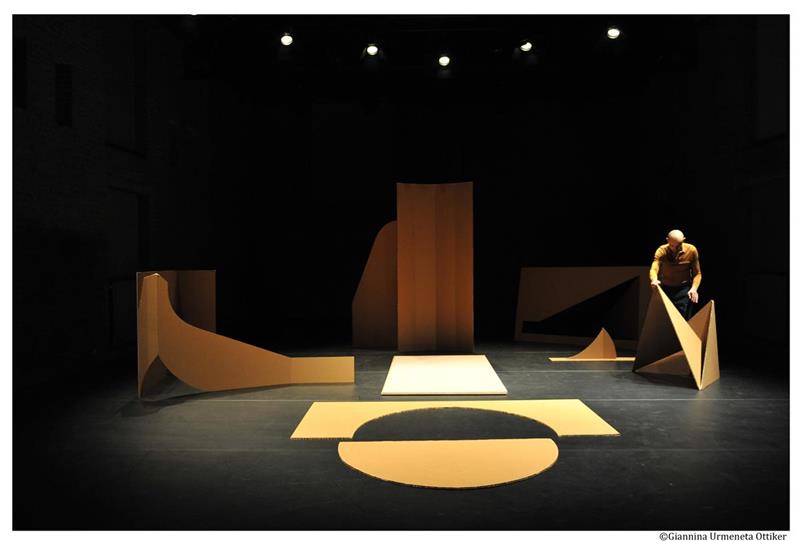 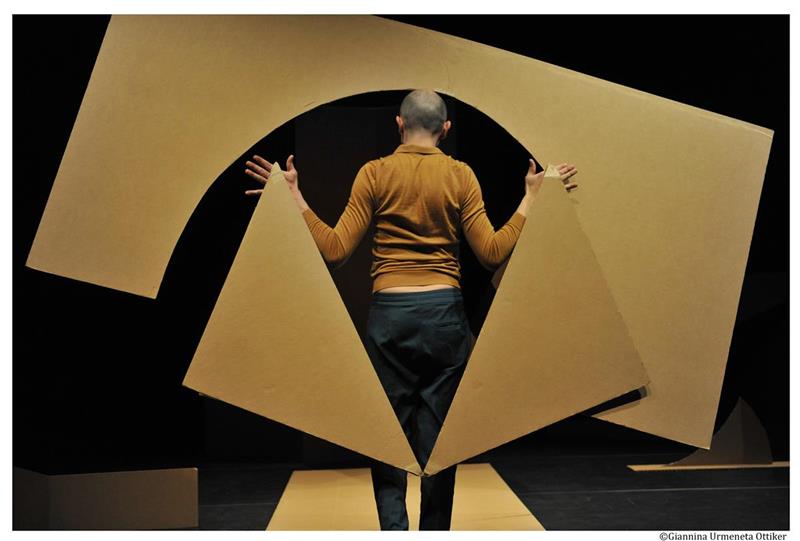 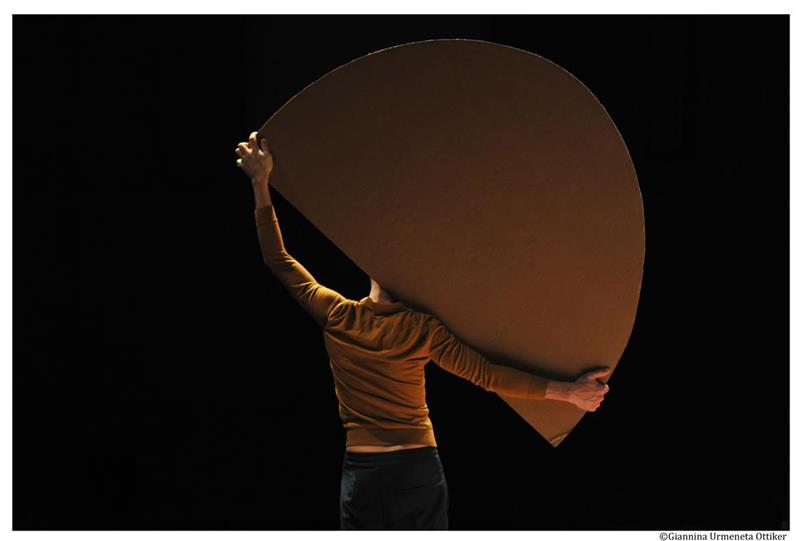 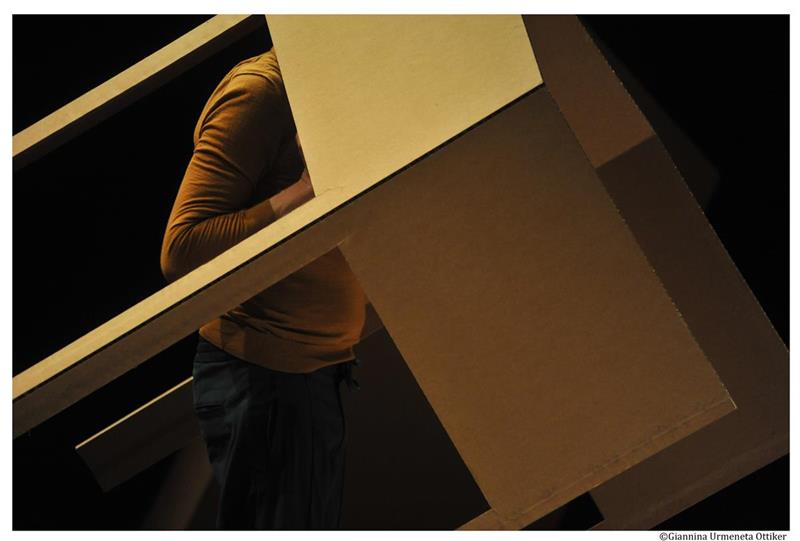 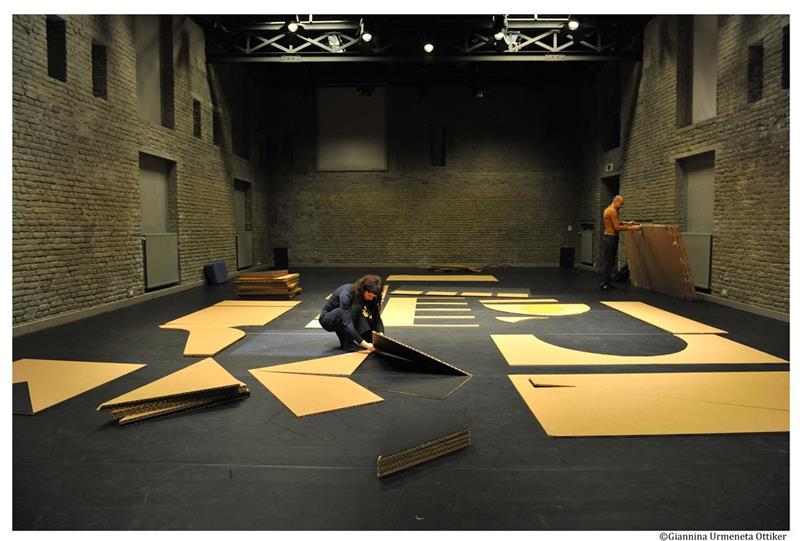 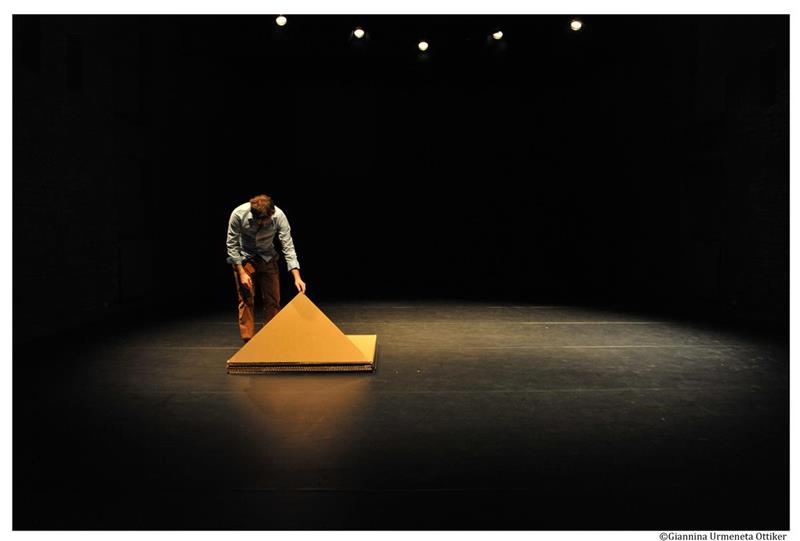 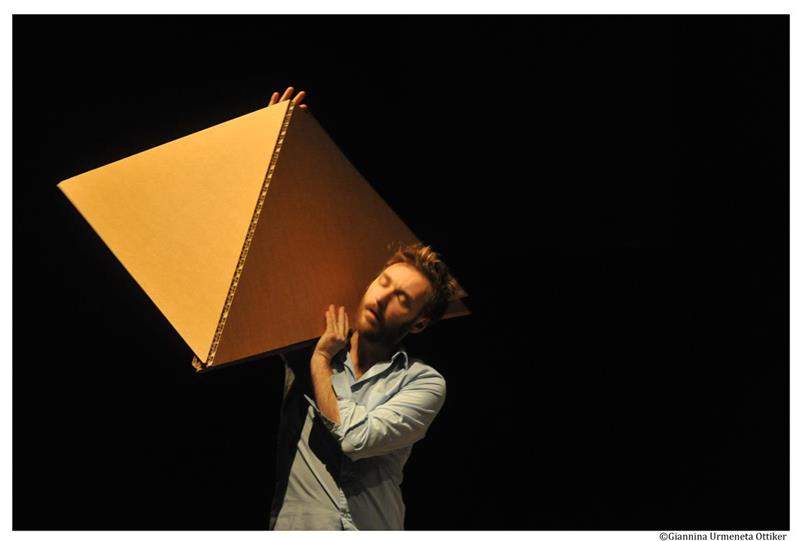 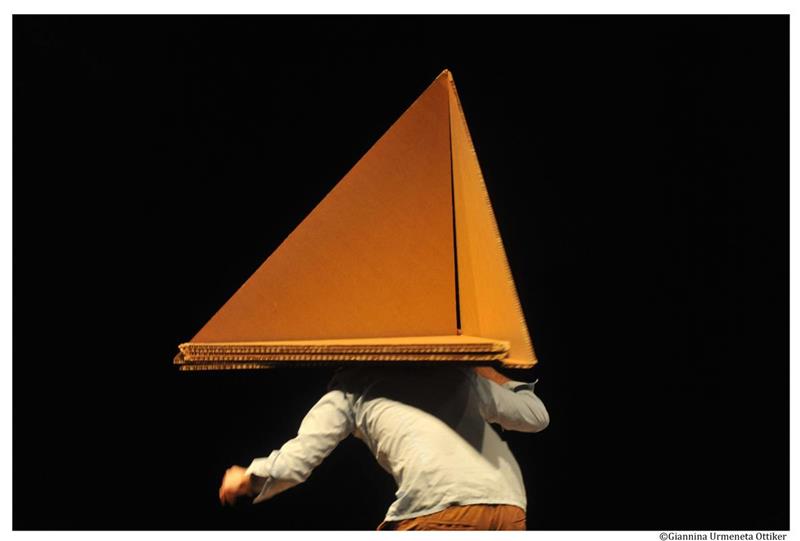 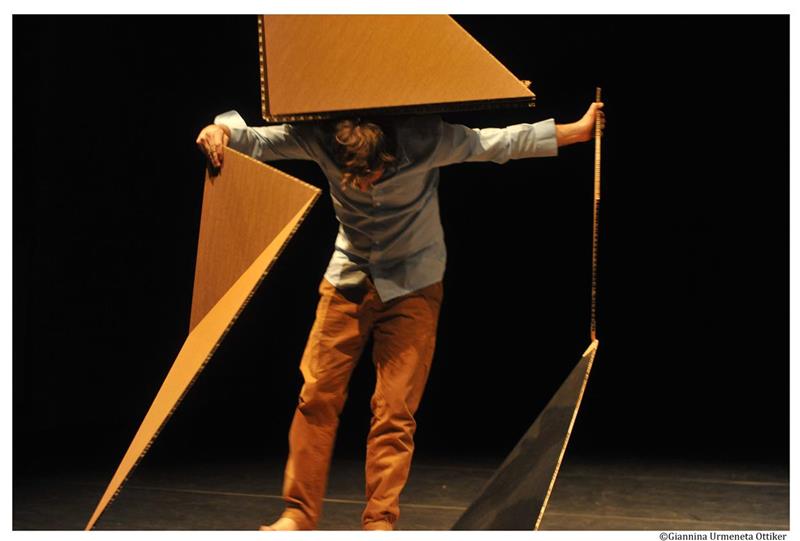 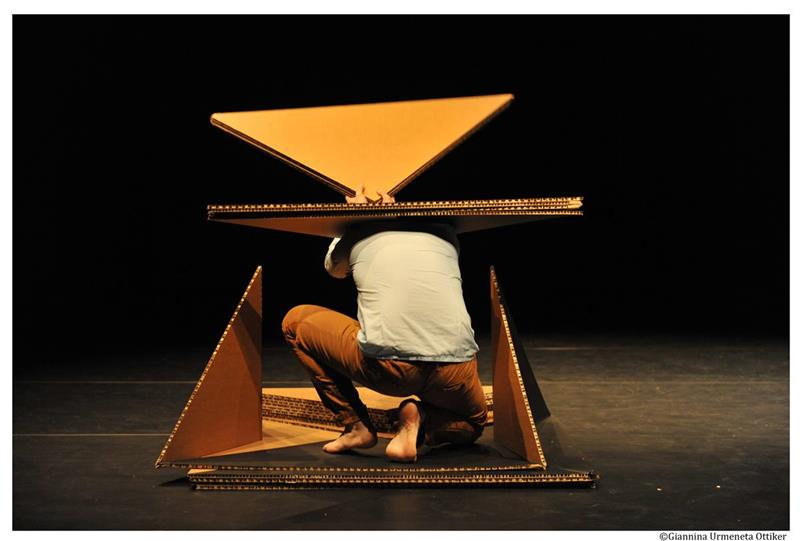 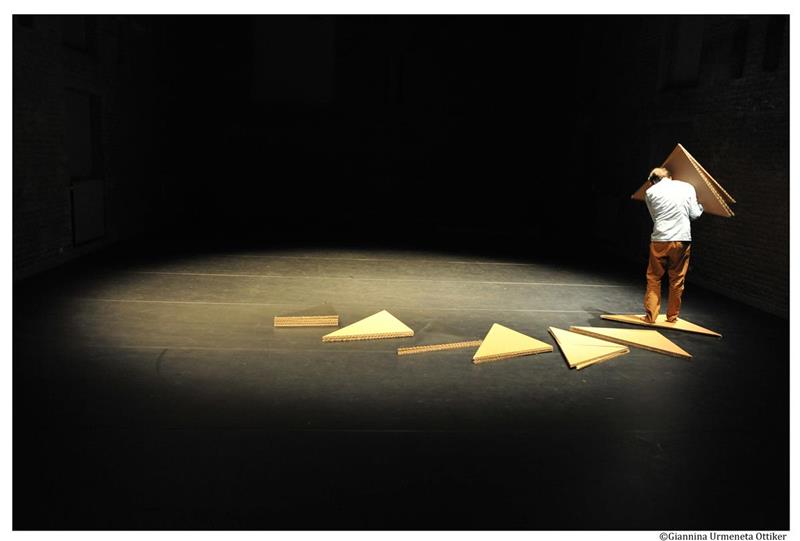 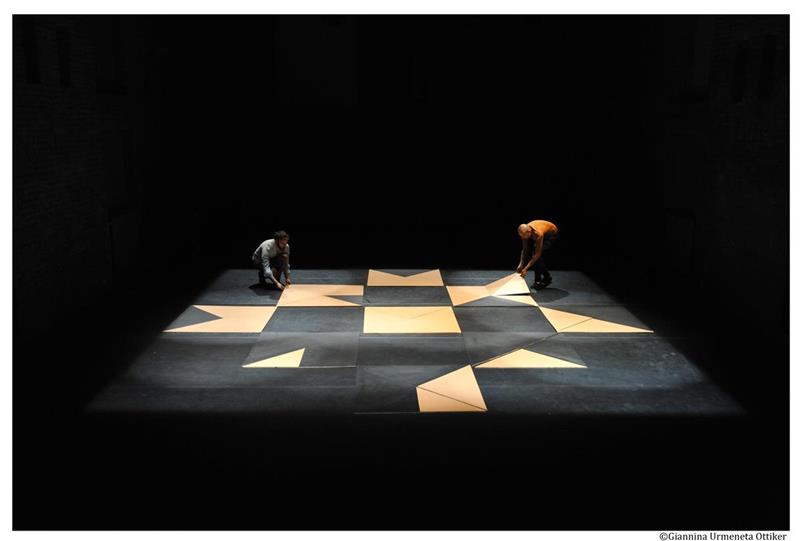 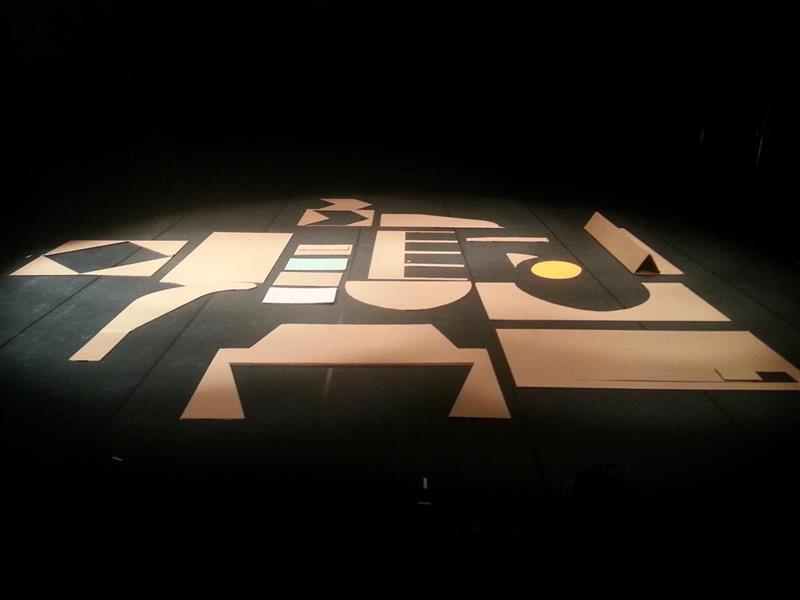 The project Autonomous Scenography is based on the fascination of visual artist Meryem Bayram for pop-up books. She developed a series of pure basic forms made of sheet cardboard which can be unfolded from an apparently empty flat surface to a whole repertory of evocative scenic elements.

Different artists were invited to use their imagination on the material. In this way, the project demonstrates what happens when the scenography does not rely on a story or choreography, but the other way around. How can the performance artists, sound and light designers contaminate these various scenic elements? In a sensitive yet evocative game of forms, spaces, objects and worlds are set up, revealing to what extent our perception of reality is determined by personal associations.

Autonomous Scenography is being developed in two versions. On the one hand an in situ version will be produced. In this site-specific version the scenographic elements are the parameters in between which different collaborations between artists can take place.

At the same time we produce a black box version. In this stricter form we work with fixed team consisting of Meryem Bayram (scenographer/director), a light designer, a sound designer and one or more performers. Where the site-specific form is more open to improvisation - although guided by some principles -the black box version will deploy itself more in a classical theater structure.